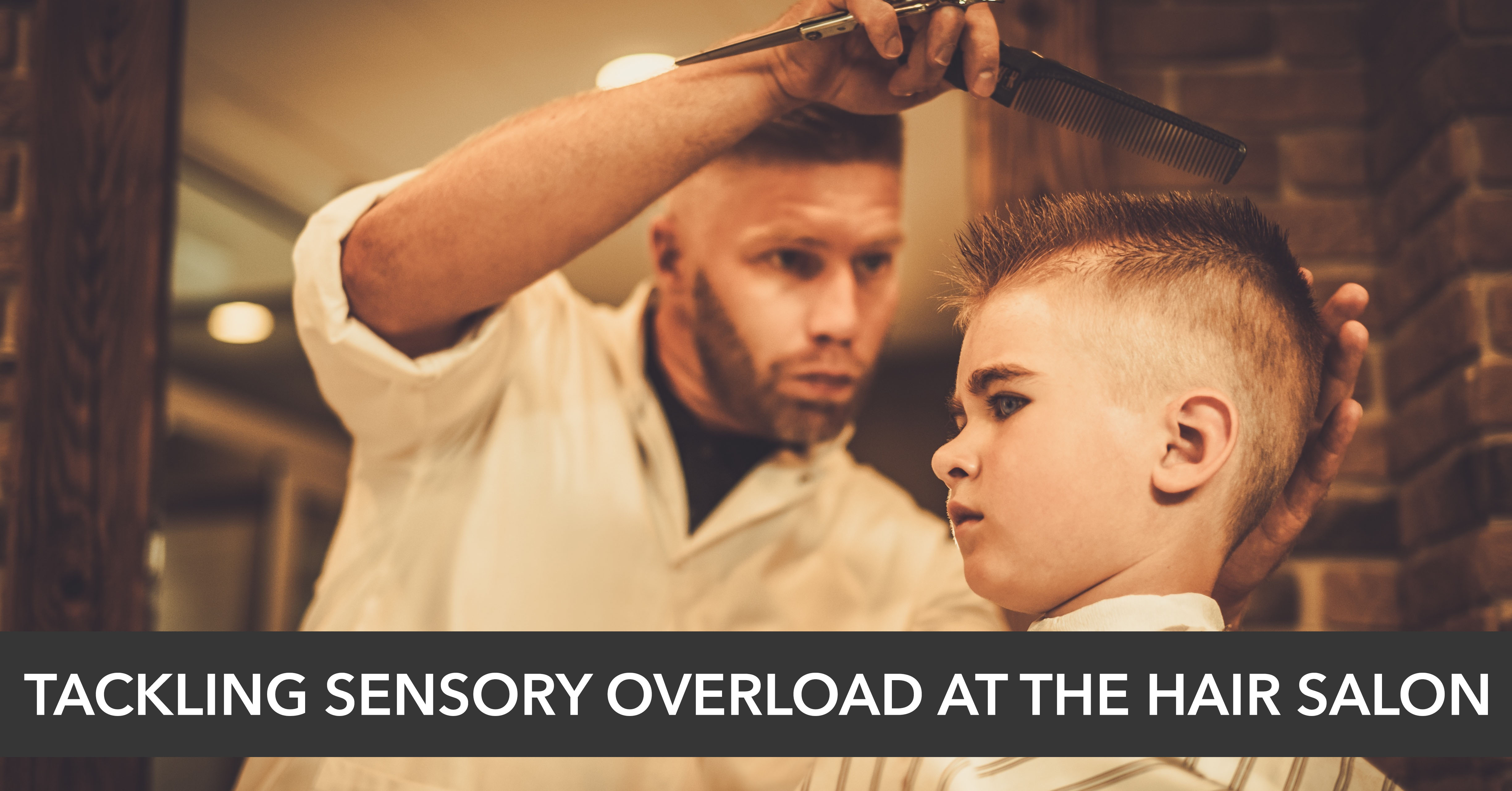 What is sensory dysfunction, exactly? Simply stated, it is a condition that doesn’t allow the brain to properly send and receive information through the senses. Most often, sensory dysfunction, also known as sensory processing disorder, is associated with the sense of touch. However, it also affects sight, smell, hearing and taste, to varying degrees. Some might be more sensitive to certain lighting or colors, while another might not be able to take in many different sounds at the same time. Many children have incredibly strong food aversions due to sensory dysfunction.

Along with differences in which senses are affected, there are differences in the severity as well. Some children feel a deep sense of pain when touched gently, but feel calm and content if they are grasped with deep pressure. The same holds true for sensory issues with the other senses as well.

Taking a child with sensory dysfunction for a haircut can be a very stressful event, for both parent and child. If it happens to be the first trip, it’s especially traumatic, as there are many things at the salon that can wreak havoc on someone with sensory dysfunction. Those with autism spectrum disorders not only have to deal with the sensory issues, but also the travel to a new place, or at least a place that isn’t a part of their daily routine. The wait to be seen can make them incredibly nervous, as can the lighting – usually fluorescent, which is the worst kind for sensory issues – and the everyday noise of the salon. The new feelings after they are finally seated in a stylists’ chair, after all they’ve already dealt with, can be cause for a complete breakdown.

A word about sensory overload: many adults who live with autism have been asked about what happens during a sensory overload. They describe it as a total break down of all of their senses, no matter which one caused the initial problem, saying that in the most severe cases, it’s nearly impossible to see or hear anything that’s going on around them clearly.

There are some things you can do to make a trip to the salon a little easier on everyone concerned.

Unfortunately, you won’t always find stylists and other professionals who are compassionate when it comes to sensory dysfunction. It isn’t actually recognized as a medical condition and that can create people who tend to think it’s made up, or an excuse for bad behavior. The best we can do is try to continue to spread awareness of this life-altering disorder and work with as many professionals as we can find that are willing to accommodate.